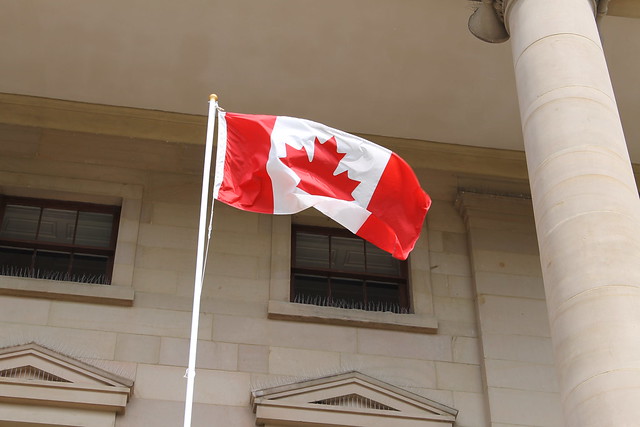 Charlottetown, the capitol city of the province of Prince Edward Island, is known as the birthplace of the Confederation of Canada.  Throughout this year (2014), the Island is celebrating the 150th anniversary of the Charlottetown Conference, which marked the beginnings of discussions that led to the Canadian union.  During the first week of September in 1864, representatives from the British colonies of New Brunswick, Nova Scotia, and PEI, along with delegates from the Province of Canada (which would later be divided into present-day Quebec and Ontario) met at Province House in Charlottetown to discuss a confederation or unification of the individual provinces.  Two subsequent meetings followed over the next three years, the end result of which was the British North America Act of 1867, which formally created the autonomous union of the Dominion of Canada. 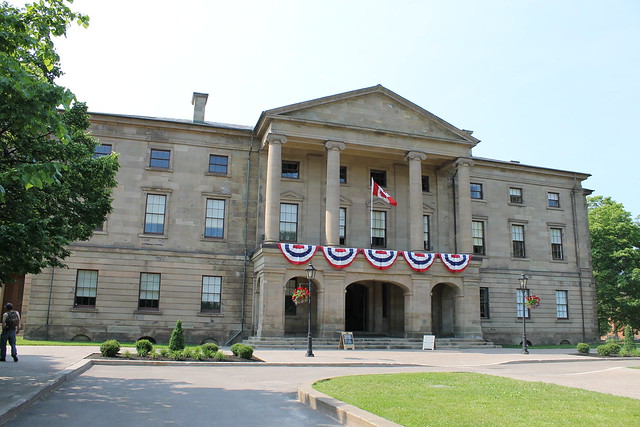 Province House, the center of the legislative government of Prince Edward Island, is now a National Historic Landmark operated by Parks Canada and has been restored to its 1864 appearance to commemorate its crucial formative role in initiating both the Canadian union and the peaceful achievement of Canadian independence. 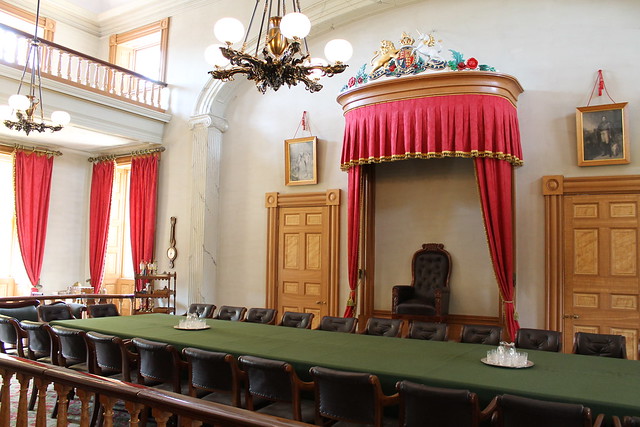 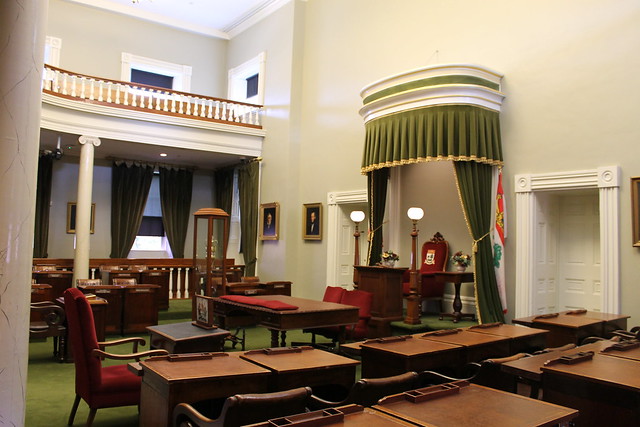 The city of Charlottetown retains much of its nineteenth-century appearance, and one of its architectural crown jewels is Beaconsfield Historic House, a 25-room Italianate mansion now owned and maintained by the PEI Museum and Heritage Foundation. 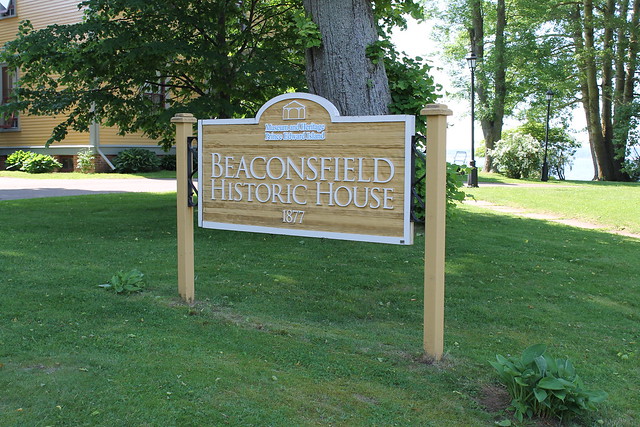 Constructed in 1877 for James and Edith Peake, the elegant home sits on west side of the city on a waterfront piece of property that commands an incredible view of the city's harbor.  It is believed that its name was an homage to British Prime Minster Benjamin Disraeli, the first Earl of Beaconsfield. 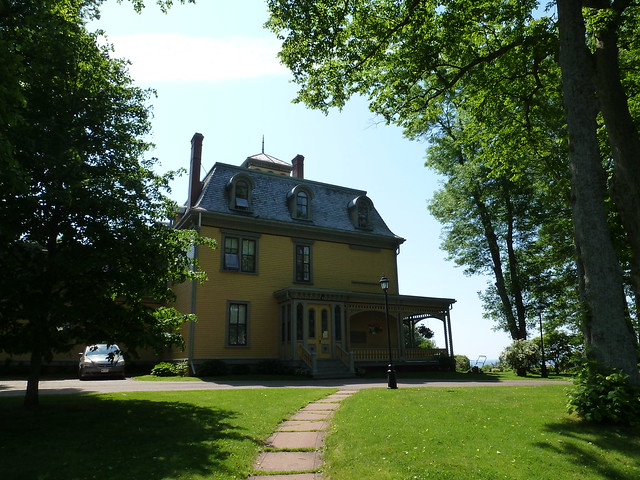 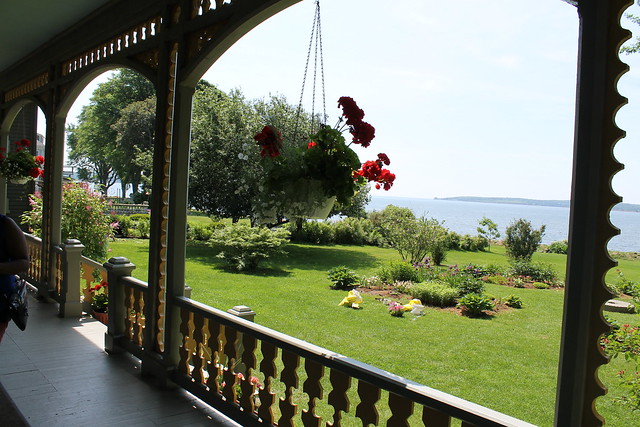 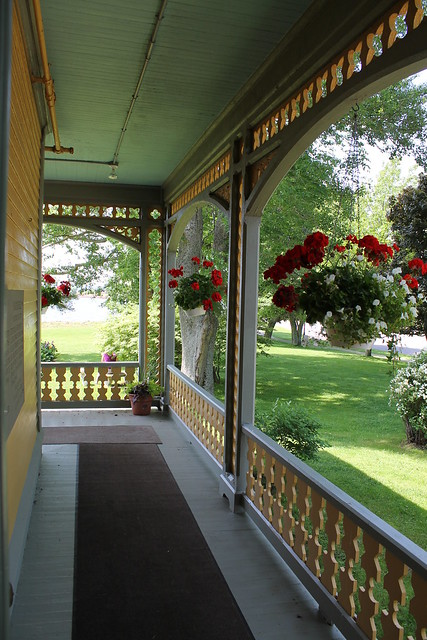 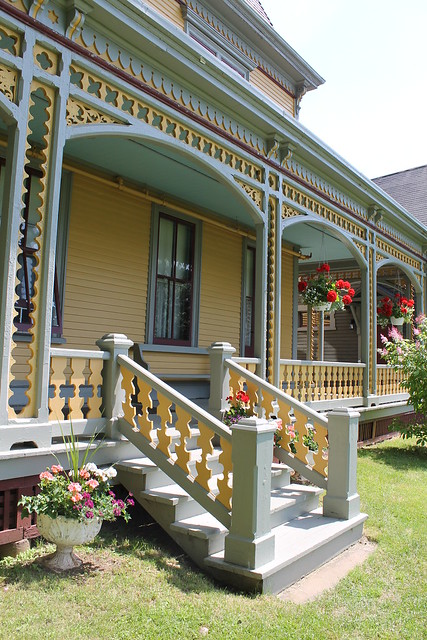 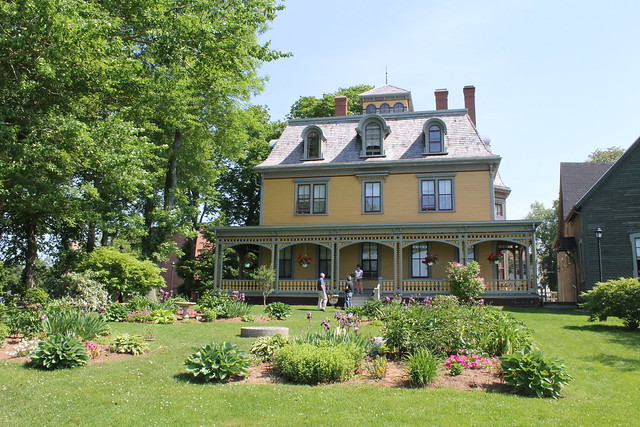 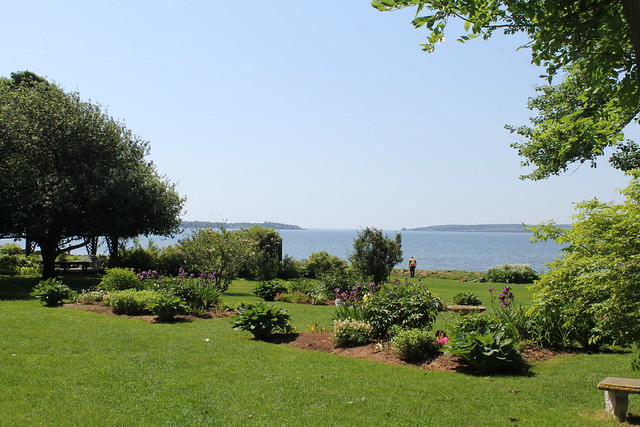 The unrivaled view from the porch and gardens of Beaconsfield.

James Peake was a highly successful merchant and shipowner, and his wife's father (one of the "Fathers of Confederation") was named Lt. Governor of the Island a couple of years after James and Edith finished construction on Beaconsfield.  Both the family and the house thus served eminent and highly visible functions in the social world of Victorian Charlottetown, playing host to fashionably grand gatherings and parties, with guests including Princess Louise, the daughter of Queen Victoria. 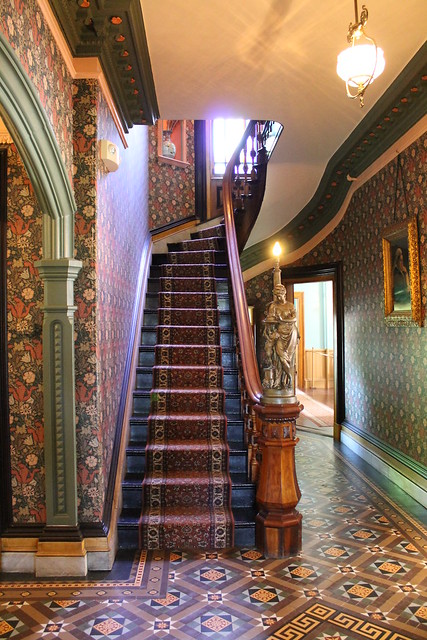 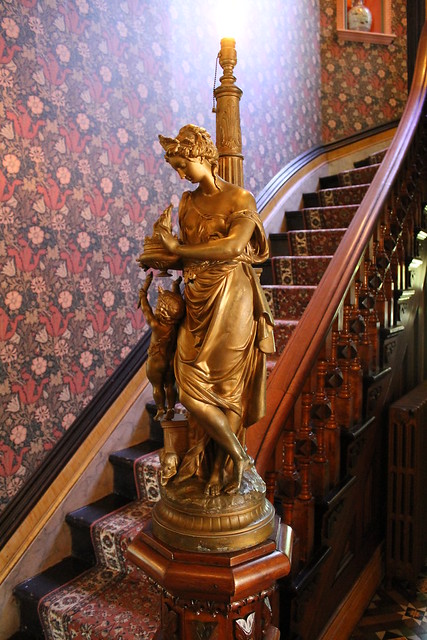 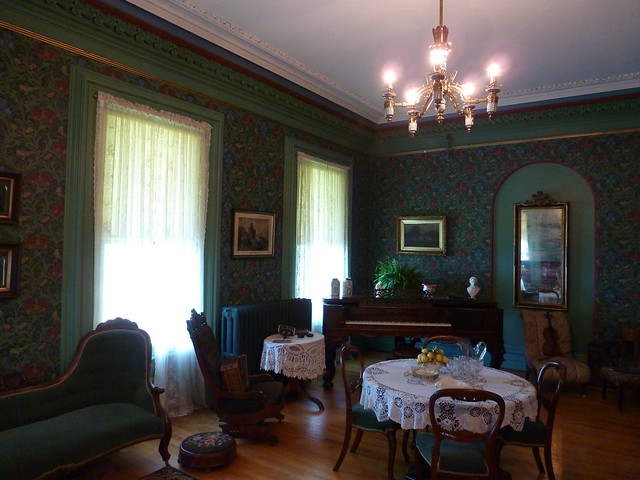 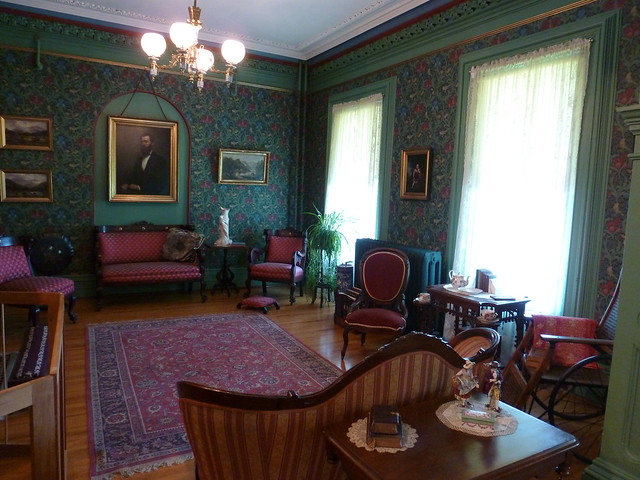 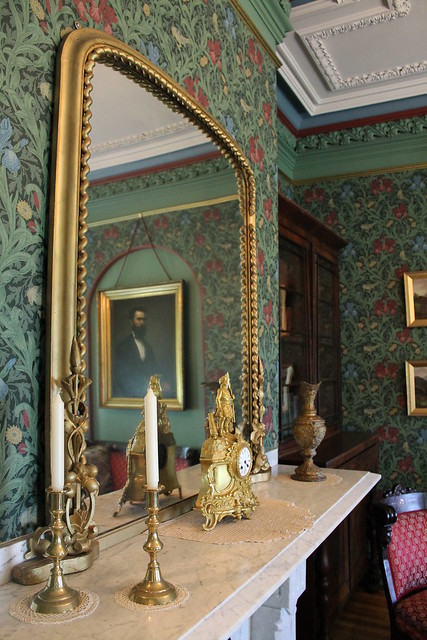 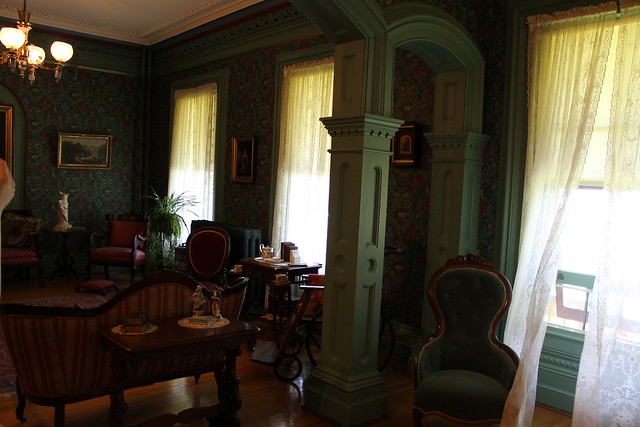 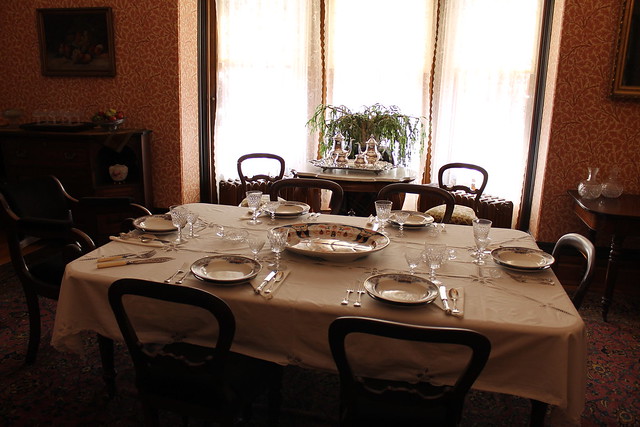 As "the most luxurious and expensive private residence on the Island," Beaconsfield featured a number of modern conveniences, like running water and gas lighting,  The ceilings are decorated with elaborate plasterwork and the house's grand fireplaces, formal staircase, and stunning stained glass windows has all been painstakingly restored, providing a glimpse into the fashionable elegance and grandeur that distinguished the house to all who visited it. 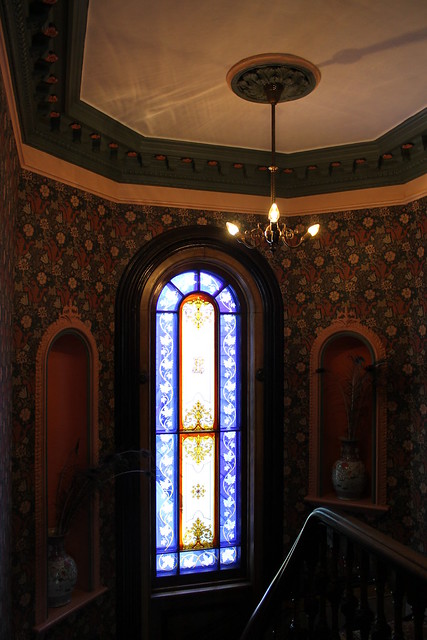 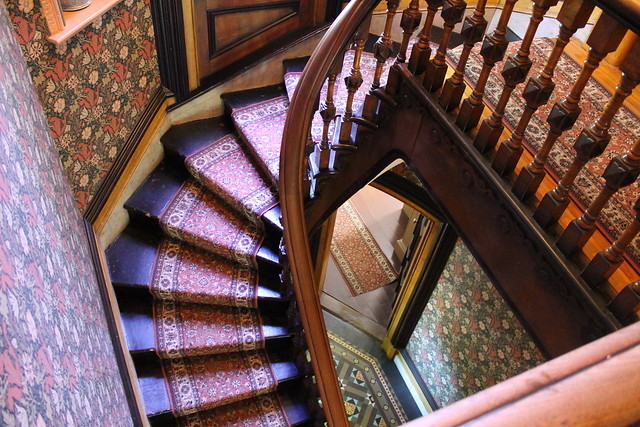 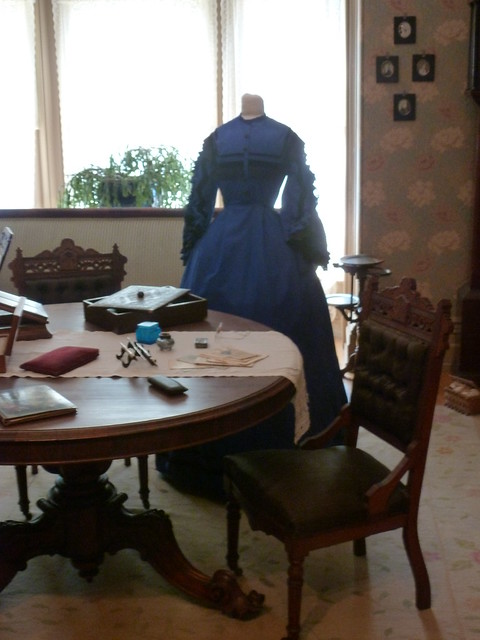 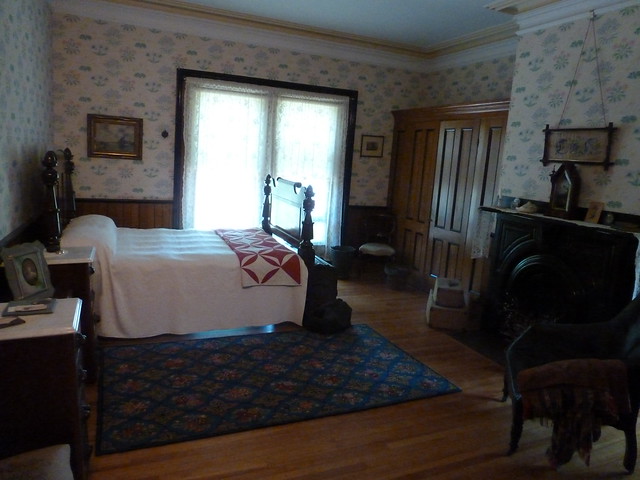 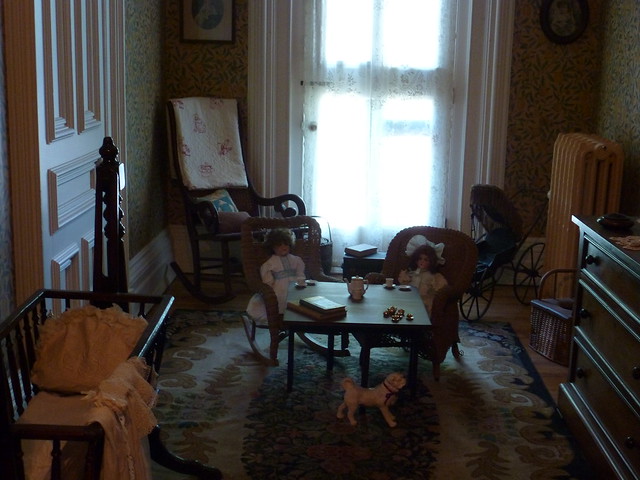 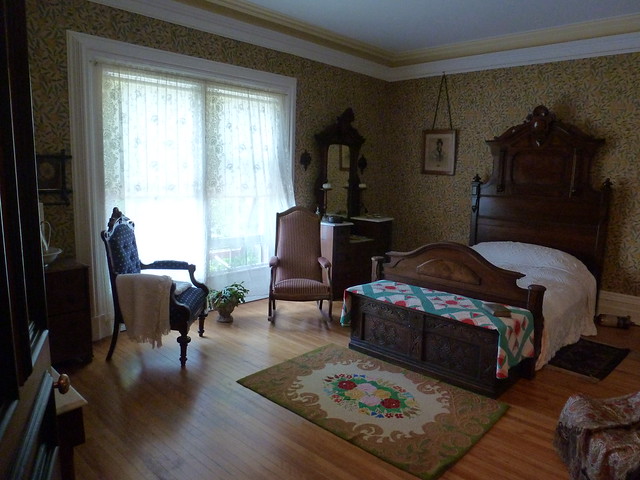 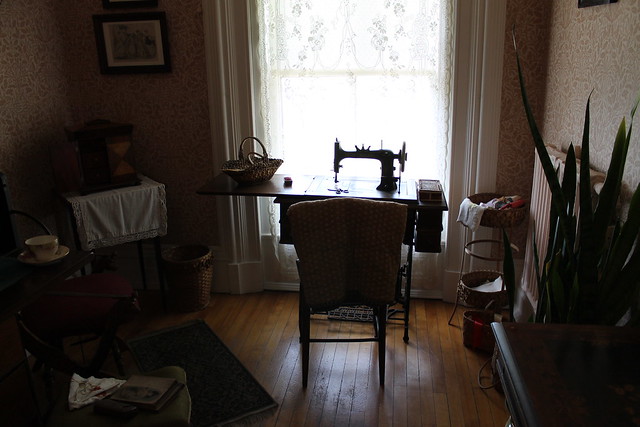 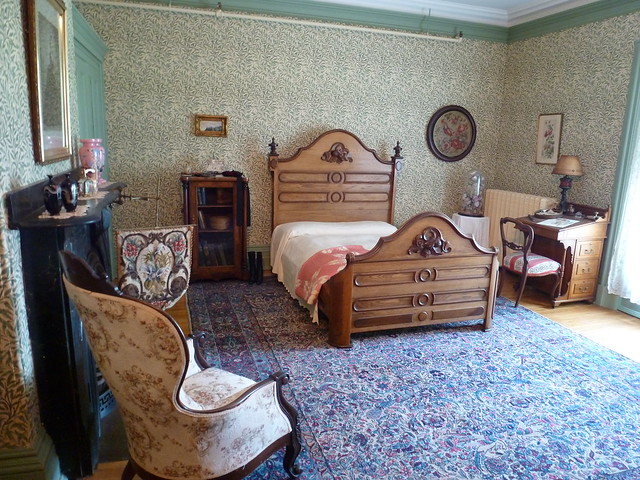 A decline in fortune compelled the Peakes to sell the house in 1883, only five years after they had moved in.  The property was purchased by Henry Cundall, who, with his two sisters, called Beaconsfield home until the end of their lives.  Cundall obviously thought highly of his sisters and their accomplishments, for his 1916 will stipulated that the house was to be used as a residence for young professional women.  Over the years, it served as both a YWCA and a residence for nurses working at the city's hospital.  The property came into the hands of the PEI Museum and Heritage Foundation in 1973, and fully restored and opened as a museum twenty years later.

We first visited Beaconsfield the summer after the house was opened as a museum, in 1994, and made a point of returning on this trip, twenty years later.  With even more appreciation now all these years later for the house's fascinating history and its architectural beauty, we thoroughly enjoyed our tour and highly recommend a visit to anyone who might find themselves in Charlottetown in the future!


For more information on Beaconsfield, take a look at: