Recreating the Wedding of Pocahontas and John Rolfe

In honor of the 400th anniversary of the wedding of Pocahontas and John Rolfe, Historic Jamestowne is hosting a number of special events.  Yesterday, I was fortunate enough to attend a reenactment of their wedding ceremony at Jamestowne Island.  It was the perfect day for a wedding, with the sun shining bright over the James River.  I'd never been to the site before, and had some time prior the ceremony to explore before the big event, so there's more to come on that in my next post.  But back to the wedding...!

A crowd was very quickly building up around the ceremony stage, so I found a spot off to the side and waited excitedly with the others.  We were entertained with a few tunes from two musicians, followed by an introduction by Abigail Schumann.  She set the scene by explaining how at the Jamestown Church "about the fifth of April" in 1614, the union of Pocahontas and John Rolfe marked the beginning of a peaceful period between the English settlers and Powhatan.

The wedding party filed down the center aisle to the front stage for the ceremony.  While the ministers were reciting the wedding vows, the other members of the wedding party offered their own insight to the union.  It was especially fun to see the wedding jacket that was made for the event by the Colonial Williamsburg Costume Design Center staff, with help with several volunteers.  The jacket, which is based on this extant picture in the V&A, is entirely hand-embroidered in black linen thread and features stylized designs based on the plants and animals that populated the Jamestown region during the early seventeenth century.

Below are a few photos from the ceremony: 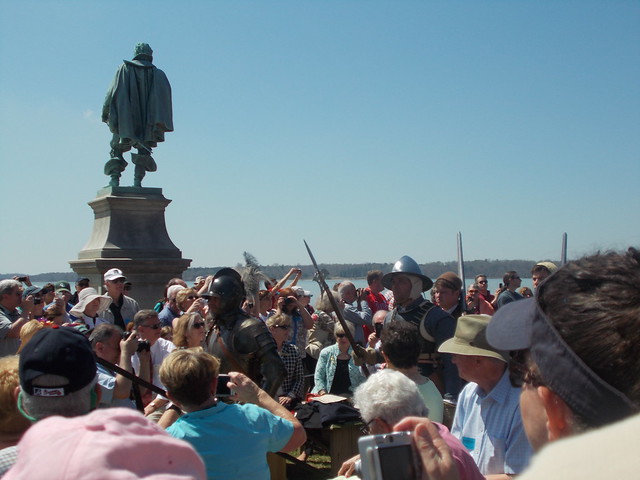 The wedding party begins walking down the aisle. 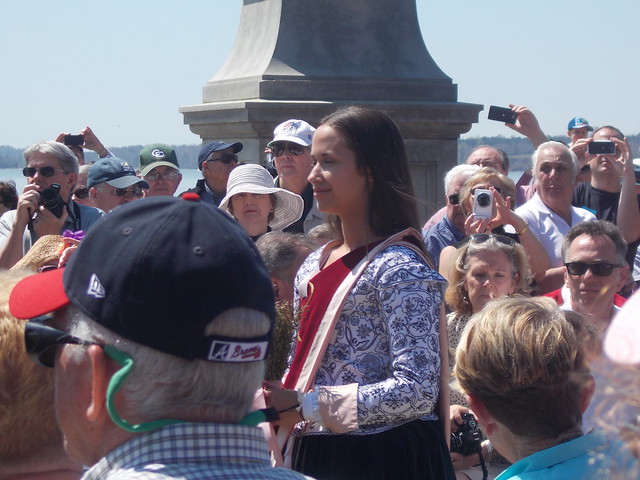 Pocahontas, as portrayed by Wendy Taylor 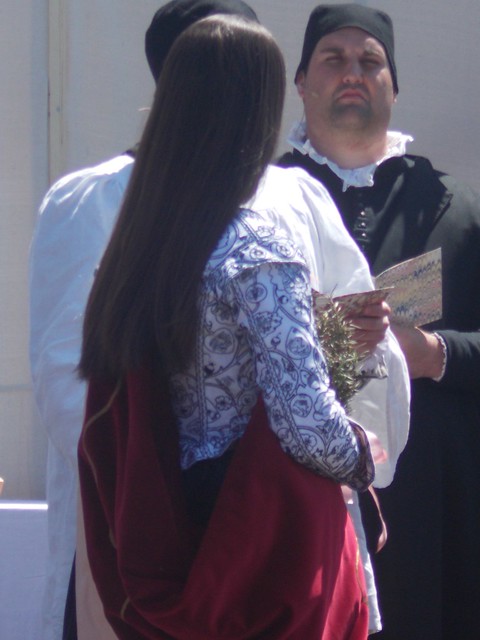 Another view of the beautiful wedding jacket. 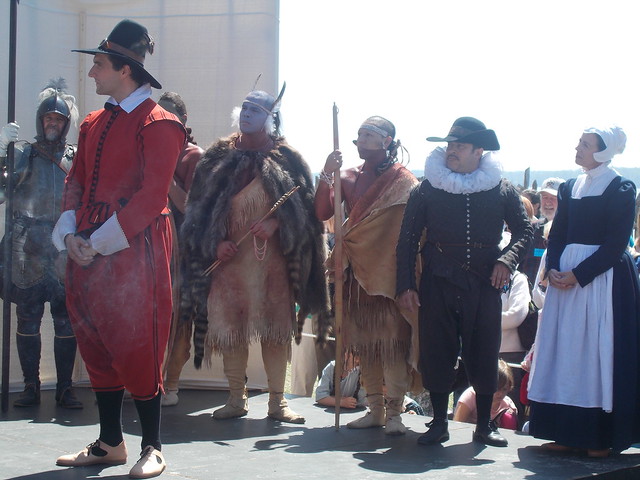 Members of the wedding party behind John Rolfe. 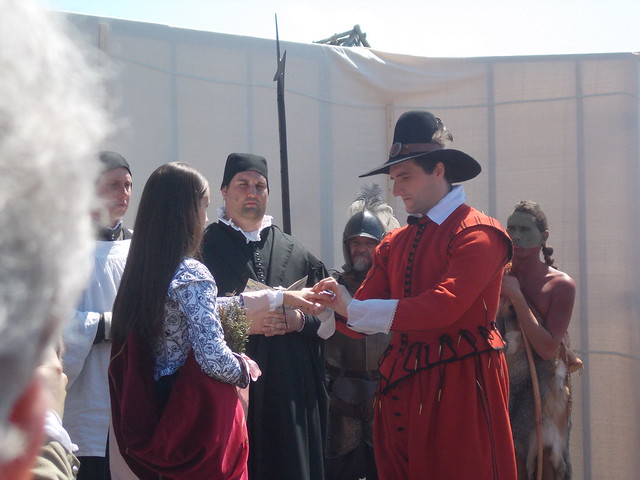 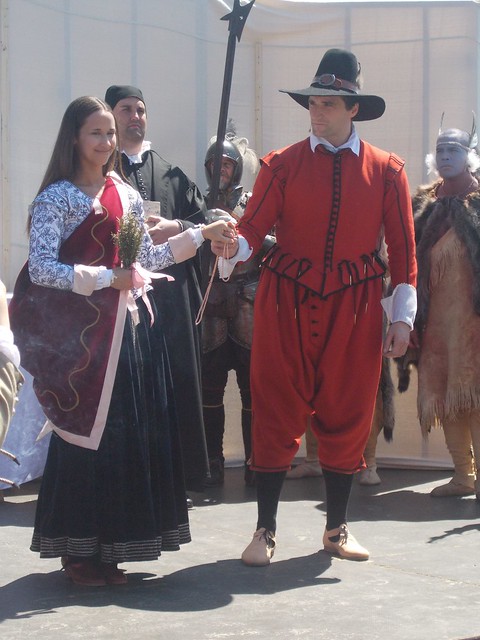 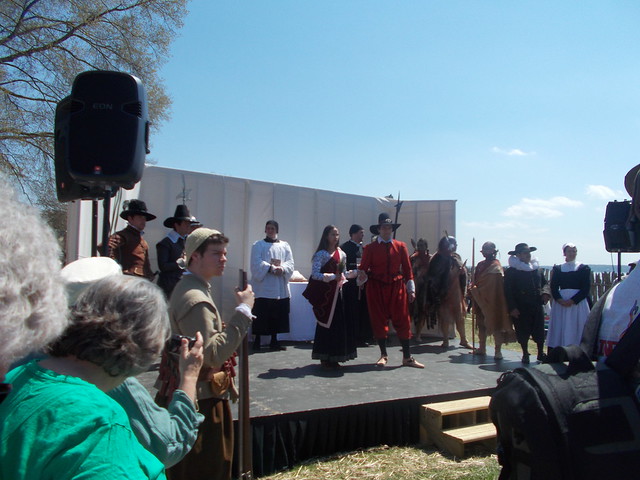 A lovely summary about the history of the marriage and the story behind this special project can be found here on Colonial Williamsburg's page.  You can see video of the event at the link as well.
If you'd like to see additional in-progress and close-up pictures of Pocahontas's incredible jacket, Burnley and Trowbridge posted several sets of photos on their facebook page.  Futher information can also be found on Colonial Williamsburg's "wedding jacket" page.  And as always, you can find more of my photos in our flickr set!
Posted by Ashley at 2:25 PM